Any genre of music has to move forward to remain relevant and exciting. And British blues-rock musician Brent Hutchinson is in the vanguard of the new contemporary British Blues Invasion which draws on a historic lineage to update the present.
He’s a young, energetic, intense guitarist, original singer-songwriter, as well as a fine interpreter of songs who fits perfectly into Boris ‘The Blade’ Litvintsev British Blues Invasion to Russia series of conserts.
This recording is the 5th release from ‘Reel To Reel Tapes Russia’ made in cooperation with blues enthusiast,
ambassador of The British Blues to Russia Boris Litvintsev and his Hot Draft Productions team. It’s part of their acclaimed ‘British Blues Masters — Moscow Sessions’ releases and represents another link in the chain that keep the Anglo-Russian blues heritage alive by bringing British blues talent to Moscow and hooking them up with fine Moscow blues players.
Brighton based Brent Hutchinson is a man of many talents. He’s a rock-blues renaissance man, who is equally known as a video blogger — his popular vlog documents the day to day existence of an independent musician — as he is a guitarist, band leader, producer, studio owner and recording artist. He amazing work ethic reflects his love of the music he plays. For Brent Hutchinson there is no off-switch, as he sees each day as an opportunity to be creative in the audio visual field. But Moscow resented new challenges.
«- I wasn’t sure what to expect,» explains Brent. «It was initially a bit overwhelming, but the trip quickly became a career highlight for me. The warmth of the people, the enthusiasm of the fans, the musical dedication of the band, the professionally run clubs and above all the encouragement and support of Boris ‘The Blade’ his crew made me feel at home.»
This album concentrates on Brent’s self penned material, a mix of well honed song craft played with fiery grit, determination and real spark, courtesy of his hard driving rhythm section of bassist Roman Ploschenko and drummer Egor Gorkin.
Side A opens up with transparent clear acoustic ‘Fix Me’ in which Brent showcasing a master-class of one-mad-performance.
There’s a brace of shuffles too of which ‘Two Kinds of Woman’ builds up an unresolved tension that he pours into the following hard rocking shuffle ‘Out For More’. There’s light and shade too, as on the instrumental ‘Stevie’ — a homage to his hero Stevie Ray Vaughan — which shows another facet of his playing. His intuitive touch, tone and sense of melody let’s the song breathe. Every note and tonal inflection drips with emotion, and draws the crowd into his inner guitar voice. He’s confident enough to showcase his new single ‘Blue’ with a vocal line and majestic hook.
Side B opens with the anthemic ‘Hero’ which builds impressively from one-man-band acoustic opening into a full electric arrangementngement featuring an uplifting melody and Brent’s intricate solo. that traverses linguistic boundaries, while the band stretches out on the funky ‘ Better The Devil You Know’. He rounds things off with the title track of his latest album ‘Smoke & Mirrors’, which is a perfect balance of his vocals, lyrics and guitar playing counterweighted by another irresistible melody, and he closes the set with jumping, rocking and rolling ‘You’re Gonna Get It’.
It may be many miles between Moscow and Brighton, but Hutchison connects the dots in a triumph of feel and emotion over geography. In short, nothing but the updated British Blues Invasion. 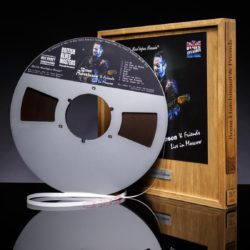 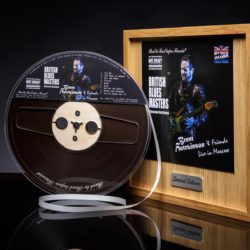 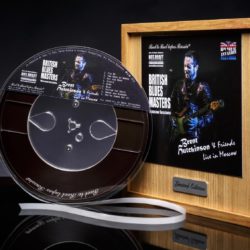