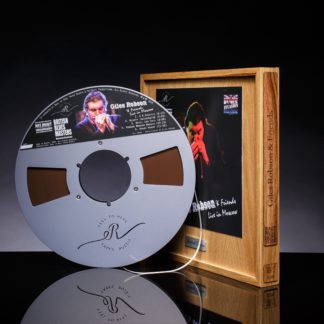 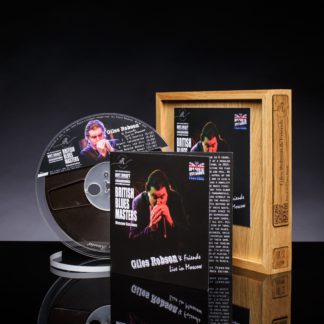 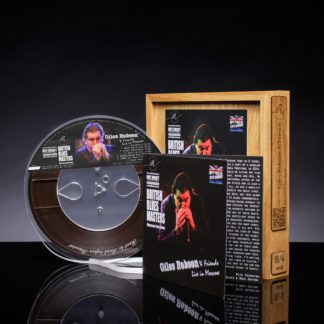 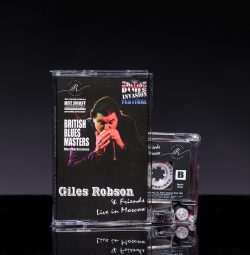 New Hot Draft Productions and Reel-To-Reel Tapes Russia release ‘Giles Robson & Friends Live In Moscow’ commemorates Giles Robson’s 5th Russian tour in 6 years. He was also the first British Blues Invasion artist that promoter Boris Litvintsev brought to Russia.
It might seem ironic that a Jersey based British bluesman steeped in Chicago blues should be flying the flag for British Blues, but Giles Robson is no ordinary blues copyist.

He’s a talented author, he digs deep for grooves, swing and feel. He also counterweights a fine harp playing ability with deadpan humour to tap into the universal appeal of the blues and connect with his audience.

Robson is smart enough to vary his tempos and styles and is also a generous band leader who encourages his band to fully color his arrangements.
He’s come a long way from being the 16 year old school boy playing Muddy Waters to establishing himself in Britain, Europe, States and Russia, and also bringing Billy Branch to the UK to tour with him.
Above all, he has a humility that always respects the music first. He’s just won a prestigious international blues award alongside Joe Louis Walker and Bruce Katz, but this album is all about going back to blues fundamentals.
Playing show he’s contemporises his blues through humorous raps, intros and ad-libs that connect with the crowd.

And this album strikes the perfect balance between what he calls ‘poised melancholy’ and perky rhythms of a rip roaring blues show.
He opens with ‘GR Shuffle’, the first of several shuffles that give his harp playing sufficient space to impress with cool note choices and stretched notes as he reaches for upper register expression.
When he drops down to a slow blues on ‘Where You Been’ he has the harp chops, real Chicago blues feel and a slide guitarist as the perfect foil to pull it all off.
His vocals may be limited, but he has the veracity of a blues man, while his harp explores the kind of tonal impact that is the essence of the blues.
‘The Mighty Incinerator’ has the kind of rhythmic impact that connects blues with world-wide audiences, while he adds spoons and washboard to the arrangement on the percussive ‘Devil Led Evil’, on a great example of band interplay.
By the time of the show stopping ‘Moscow Robson Boogie’, he drives his band forwards, lets them play solos and breaks the tension with a dirt sounding harp solo.
Hypnotic rhythms of ‘Summa That Good Stuff’ find him cajoling the audience members out of their seats.
On the relationship narrative of ‘Shady Heart’ he sings: “I’m getting old and I’m getting tired, I’m getting sick and tired of playing.” Musically speaking he’s the polar opposite, as ‘Live In Moscow’ is like John Lee Hooker’s ‘One Bourbon, One Scotch, One Beer’ – one shot of blues, one shot of fun and one shot of joyous band interplay on a first class British Blues Invasion export to Russia. 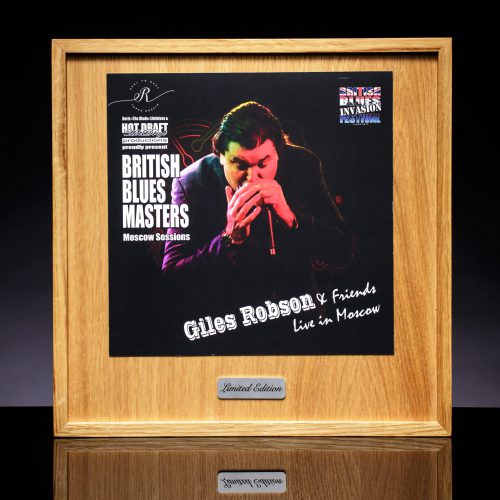